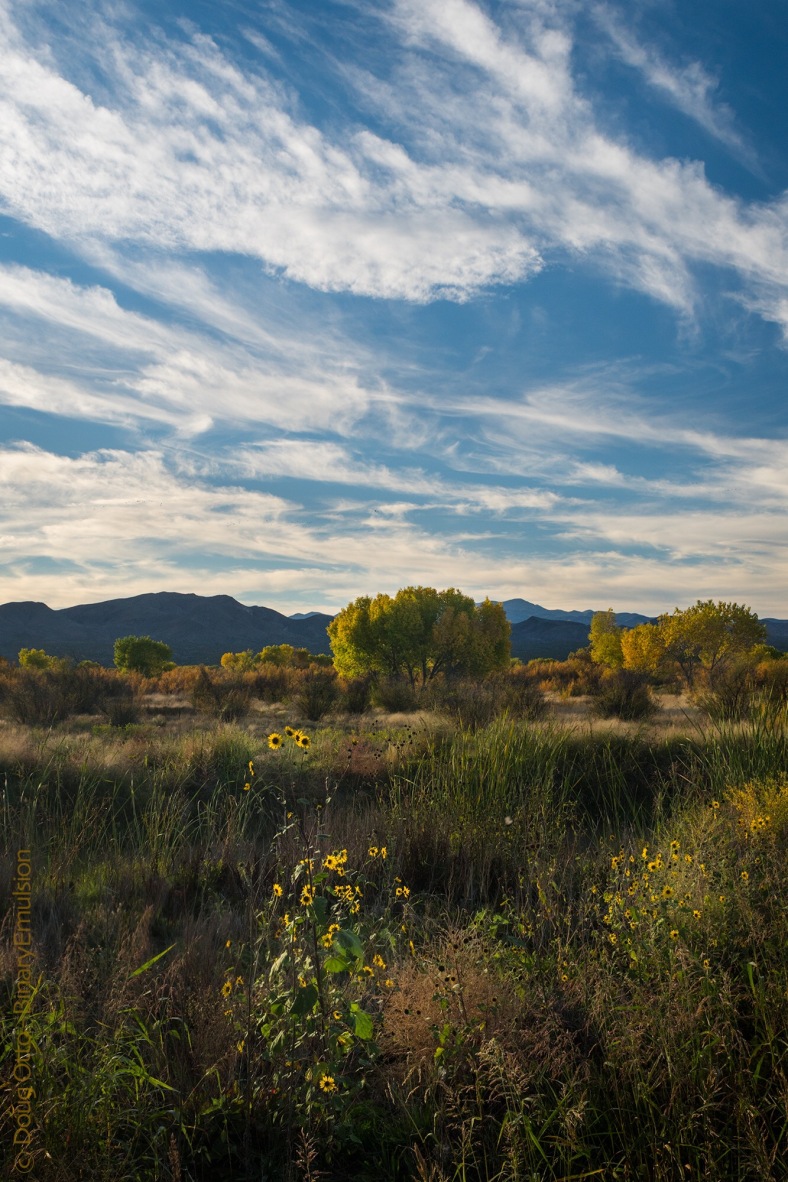 In my last post I wrote about how new technology was often a catalyst for me. This image is the confirmation of that theory.

If you were to work with me for any length of time you’d notice that I set very high expectations of others. In a team environment I, consistently, raise the level of performance for the whole team; leading by example and pushing others to do the same. In my own life, that drive usually translates differently.

I can’t tell you how many times I’ve talked myself out of taking a photograph. The light isn’t right, the foreground is wrong, that’s a boring sky, there’s nowhere to park; the list goes on and on in my head. When it gets down to it, I’m a very technical person. I’m good at what I do because I anticipate the worst and have an answer for it.

Last weekend, I decided we needed to take a drive. I had a new camera and there was fall color to be had. I choose Bosque del Apache, a national preserve about 90 minutes south of me. April and I climbed into my tiny car and headed south. During the drive I lamented, mostly inside my own head, how the sky was boring, the light was bad and there wasn’t much color in the trees. The reality was we were committed and already too far to turn back (and for me to save face). I had to make the best of it.

We hit the preserve in late afternoon. The Bosque, as folks call it, is a haven for the winter bird migration but it was early; we had the place almost to ourselves. We drove around and I snapped some shots but I wasn’t very hopeful. While the photography wasn’t great, it was nice being outside. We kept driving around the preserve and I kept looking for, and talking myself out of, places to stop and shoot.

A funny thing happened. As we drove the loop through the preserve, some high clouds moved in. The late afternoon sun moved behind the clouds, the light softened, and then I saw the flowers. It’s not the shot of a lifetime, but it’s a shot I wouldn’t have if I had stayed home.